When I was about ten I read the play, Inherit the Wind, and fell in love with it.  At 12 I was passing out campaign literature for Hubert Humphrey in southern NJ.  I don't know that I understand either thing at more than an intuitive level.  I have largely lived my life at an intuitive level, despite a capacity to communicate and rationalize.  I like to think that I am a better person for my attitudes and beliefs, but, of course, everyone thinks this.

My social media circles are filled with folks who are politically engaged and have strong opinions in a variety of ways.  Not all of them align with my own values and attitudes, but, of course, many of them do.  Those circles are also filled with a lot of people who don't give a fuck and wish the rest of us would chill out, which is one of the privileges of living in places and times where the essentials of life are provided in one way or another and the fundamentals of government policy are largely invisible.

Within that context I am often wondering how it is that otherwise reasonable and intelligent people could so completely fail to see the things that are so painfully obvious to me.  Irony alert.  For future reference all ironic statements will be offered in italics.  So there's no mistake.  Cuz, well, we wouldn't want that. 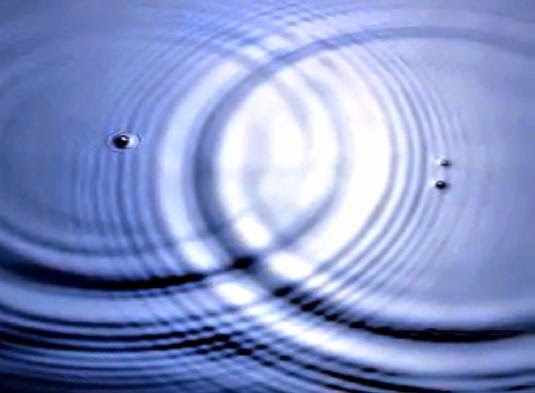 Irony aside, the capacity to even ask that question suggests several things: arrogance, curiosity, ignorance, experience.  There is a parallel within this conversation to another that I was listening to on NPR recently in which it was suggested that rather than ask folks who are struggling with mental disorders, "What is wrong with them," we ask the question, "What happened to them?"  Not in the sense of what event caused them to be broken, but rather in the sense of what accumulation of experiences led them to the place where they think and behave as they do.

I am very much engaged by this question of what is the accumulated experience that leads us to live within the place that we do.  There is much about our own experience and context that drives our beliefs and actions.  David Brooks has some interesting things to say about this in his book, The Social Animal.

My thinking in this area has been perturbed this summer as a consequence of spending four weeks traveling across the surface of Europe.  My engagements were not deep...in most cases I spent only about 48 hours in any given city...and largely I was intent on getting a flavor of the various places that I moved through.  What I gathered in that period of flitting, which fits into the nooks and crannies of my prior knowledge about these places, is that there is a difference in how much of the world perceives...what...perceives something?  Life.  Society.  Purpose.  Freedom.

I am reading David McCullough's book, The Greater Journey, which describes the experiences of Americans visiting Paris during the 19th century and it is serving to continue this reflection on how I, as an American, perceive the world...or, perhaps more accurately, how my own perceptions of the world don't seem to align very well with the dominant perspectives in America.

There is a possibly unique characteristic in the American psyche that seems to reject reflection in favor of an irresistible obsession with production and efficiency.  We have made a religion, a God, of the capitalistic work ethic, and in that pursuit something is lost.  It exists within our Protestant, northern European roots, to be sure...but whereas in the lands from which we received it (Germany, Denmark, the Netherlands, Sweden, Norway) this drive is contained within a communal and collaborative effort to build a balanced society, it is untempered here in America.

Recently, the German auto manufacturer Daimler made arrangements for its employees to ensure the sanctity of their vacation by allowing all email to be deleted as it is received while they are on vacation.  All of it.  Deleted.  This is such a foreign notion for Americans that even Daimler doesn't think they could do it in their US locations.  There is some irony in this since in Europe the vacation in question is probably at least four weeks long while in the US we do well to squeak out more than a week at a time.  And we work longer weeks, have lower benefits, etc. etc. etc.

This is a known thing.  It is a given that is recognized.  It is an assumption on which American policy and social structures depend and in many quarters in which it is celebrated.  But it may be a sickness in that the very success of that assumption has led the American experience to a place where it has no need to question its assumptions.  Success rarely breeds reflection.  Success breeds arrogance.  While America has had challenges and struggles, it has never in its short existence completely unraveled and hit the reset button.  As a result, we are able to assume that the system is sacrosanct and the individuals within the system that benefit from it, even those who don't benefit from it, continue to accept its structural defects without reflection.

Stepping off that soapbox and returning to Inherit the Wind, I begin to make some headway in developing an answer to the seemingly unrelated question of why I am driven to work as a director in the theatrical arts.  It seems to me that in my nature there is a connection between certain ideas and values that are existentially fundamental to my perception of myself.  They are existential in that I have repeatedly reconfigured my life to pursue them.  They are connected in that they are more compelling to me when they are grokked than when they are enumerated.  They are in my nature in that they were not chosen nor were then pursued, but rather they exist as a consequence of what has happened to me...in what I have experienced from moment one.

Theatre, I believe, depends not just on its individual component parts, but rather depends on the way that the theatrical experience combines its component parts to create a context that privileges a particular intellectual or emotional experience.  The director's job is to craft the experience for the audience such that the essential idea that is of import to the director is foremost in the presentation.  The director creates a world, a world that exists outside of our own world, that allows us to see and hear and feel and believe in ways that we are immune from within our own world of experiences.  The world is created with the collaboration of actors, designers, technicians...all working together to highlight some substantive element from the original text that begs to be unified in the experience of a new world.

When I read a play, it is when there is an idea that presents itself to me as being worthy of highlight that I get excited.  I may not be able to articulate that idea in words, but there is an idea that is being developed, and the most effective way to develop that idea is through the wholeness of the theatrical moment.  It is intuitive.  It is an experience.  The question is not, "what does this mean," but, rather, the question is, "what have I experienced," and with a little luck, "how does that experience integrate or change what I value?"

In the end, experience is the defining element in who we are, what we believe, and what we value.  Theatre becomes a tool for change not when it articulates an explicit idea that the audience has already accepted or rejected in more didactic environments, but it is a tool for change when it leads its audience through an experience that contributes to the totality of the individuals world.  In the same way that sitting in the ancient medina in Fez or in the Jarden des Tuileries has the potential to affect that same sort of change, art which pulls the receiver of it into its world can be singularly powerful.  It is worth investing some energy to figuring out how to do it well.